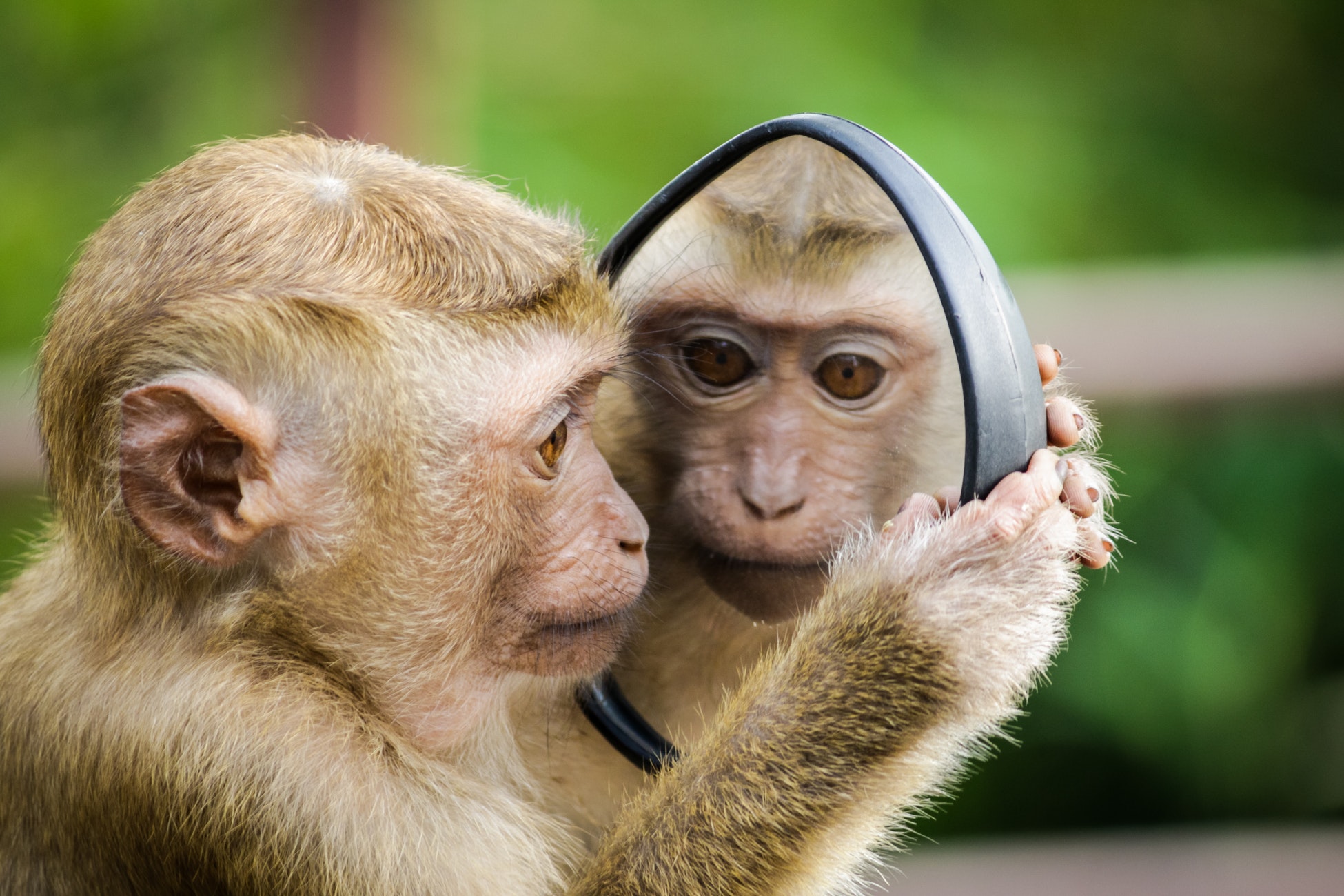 How did we get here?

About 13.7 billion years ago, a bunch of things started to happen. Fortunately for us, there was a slight imbalance of matter and anti-matter, and things got real wild. Stars and galaxies started to form. Then about 3.5 billion years ago, after our planet had a little time to settle down, life emerged. We have no idea how it happened. Even the simplest cell is fantastically complex. Maybe something like an RNA World? Anyway, somehow, a single self-replicator evolved, and this single replicator made trillions of copies of itself. These trillions of copies sometimes made errors when copying themselves. Usually the errors made the copies worse, and they died out. Very occasionally, the errors made the copies better, and they began to replicate more than their nearly-identical siblings.

This simple process produced a stunning variety of life on earth. Not only did life differentiate, but it exploded in complexity. As new kinds of life emerged, these little replicators altered the very shape and atmosphere of the planet. At times this process was awkward. Once or twice, changing the composition of the atmosphere caused a mass extinction. Only organisms able to cope in the new environment stayed around.

Still with me? Well, it seems that eventually this process resulted in a some very interesting organisms. They had trillions of cells, but could only copy themselves if they found another organism, and each contributed a single cell! These new organisms were hot and fast and full of air. Some of them swam, some of them climbed tress, and some of them could fly!

At some point, some of the social tree dwellers moved to the ground, invented fire, lost most of their fur, invented language, invented inventing, and it all picked up speed from there. Fast forward a few hundred thousand years, and these former tree dwellers are busy once again changing the entire face of the planet, atmosphere, etc. Unfortunately, their power grew a lot faster than their ability to plan ahead, and their social systems grew vastly more complicated than any of them could understand. Their power grew and grew, until eventually they invented nuclear weapons because they really couldn’t help themselves. Inventing is what they do.

Almost miraculously, they haven’t blown themselves up yet. They figured out that some technologies are simply too powerful to use, and settled for merely threatening to use them, hoping none of the other threateners would miscalculate. Fortunately, very few tiny groups of these organisms are able to make such threats. A danger looms, however. In mere moments of evolutionary time, far more of the social organisms will be able to threaten the entire world with powerful technologies. From engineered pathogens to drone swarms, these organisms keep inventing new ways to threaten each other.