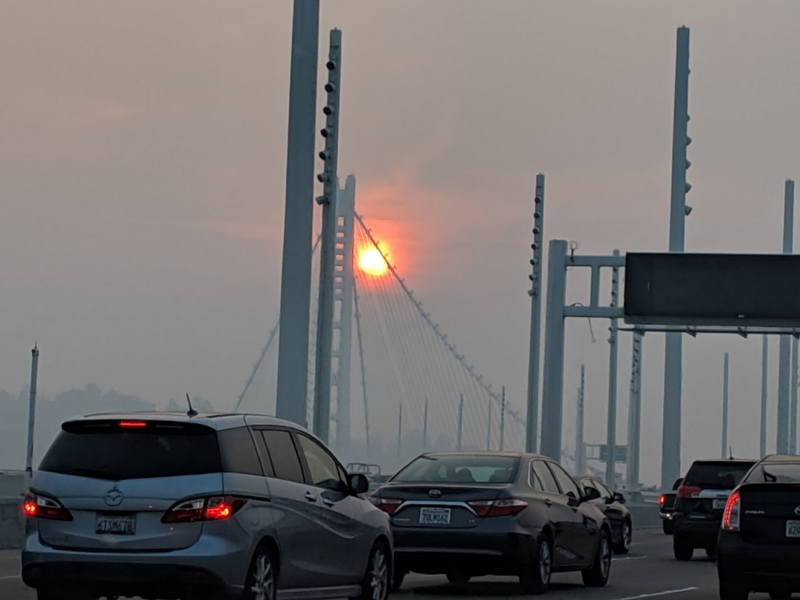 Smoke chokes the city, the nearby forests are on fire, and towns are burning down as I sit here writing this. It is the fall of 2019 in San Francisco and something is clearly broken. The most technologically innovative and productive city in the richest country in the world is covered in the ashes of its own environmental disaster.

Lighting up the night sky with a programmable display, our tallest skyscraper looms over streets covered in human excrement. We design the software that billions of people run on their laptops and phones, but we cannot upgrade our public transit system without years of delays and software issues. Intellectuals dream of ultimate freedom in Seasteads and Charter Cities, but still regulations prevent new development in our own chronically overpriced city. These contrasts are hard to ignore.

Understanding why our cities and states sometimes fail despite massive effort is not straightforward. There’s certainly large variance in the world. Sometimes we coordinate better than others. We get together, create school boards and city councils and vast bureaucratic labyrinths of human organization. The best of these are efficient and beneficent, able to understand their people’s needs and enact policy to allow for human flourishing. The worst of these kill their own people to stay in power and keep whole nations in poverty.

San Francisco is not an evil despotic place nor is it an enlightened bountiful space. It is just a place that has succumbed to coordination and commons problems. Corruption, incompetent bureaucracy, and a lack of smart leadership shows. Despite the vast wealth, no one appears able to deal with the crises that continually flare up. 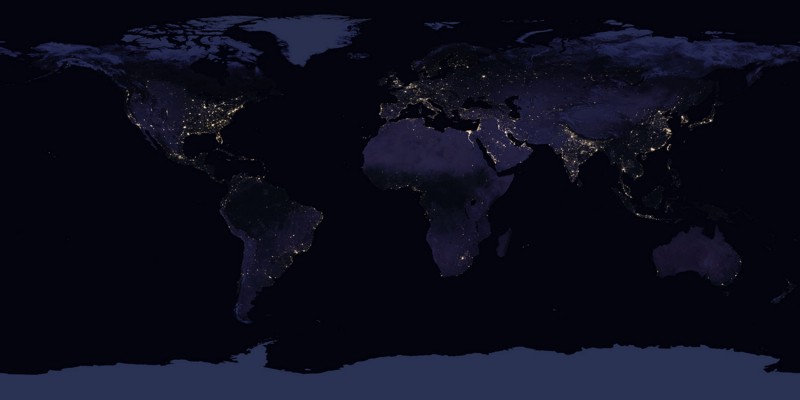 We have a whole lot of power. Indeed, most of our long term problems stem from our power. We can build dams to stop up giant rivers. We send chimpanzees, humans, and nuclear warheads to space. Soon we will have functional quantum computers, hypersonic missiles, and automated biology labs. And yet people will continue to die of preventable diseases like malaria, from malnourishment, and from mental illnesses that push them to suicide.

This is somewhat surprising! It’s easy to look back and think, “of course humans would grow powerful faster than they learned to coordinate.” This has not always been obvious. Some technologies, social movements, and ideologies have spread around the world and led to great improvements in standards of living for billions of people. Slavery has been abolished in the vast majority of states, and there are far more democracies in the world today than there were a hundred years ago. For a while, it was not unreasonable to think we were on an inevitable march towards individual freedom and flourishing. Though it looks stupid in retrospect, there was a reason to think the “end of history” had arrived.

In Star Trek, Starfleet Academy is located right across the bridge from San Francisco. It’s a clean, sparkling, beautiful city with not a single choking cloud of smoke in sight. We may yet get there, but it does not look like we are on the right track.

This ought to be the part where I say: Look! [my pet theory] is what is wrong with San Francisco! Despite the billions of dollars raked in every year, this is why San Francisco is still looks like this: 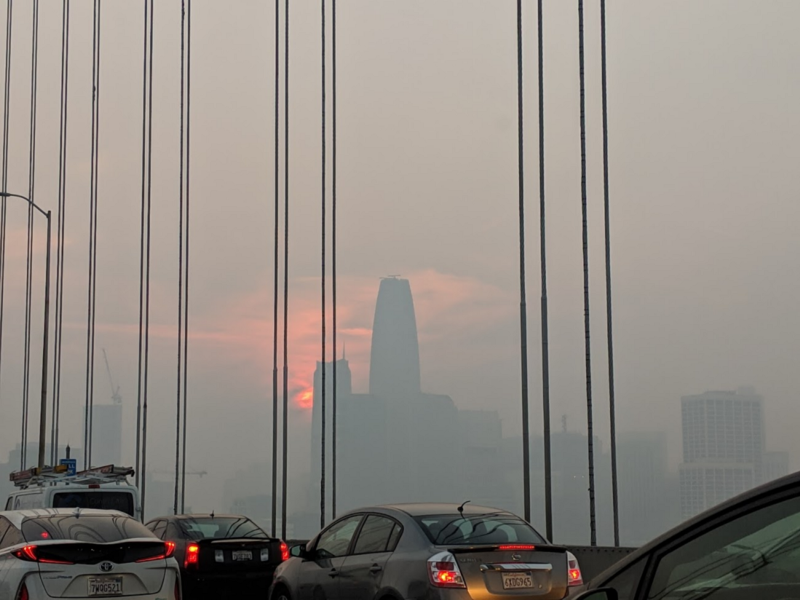 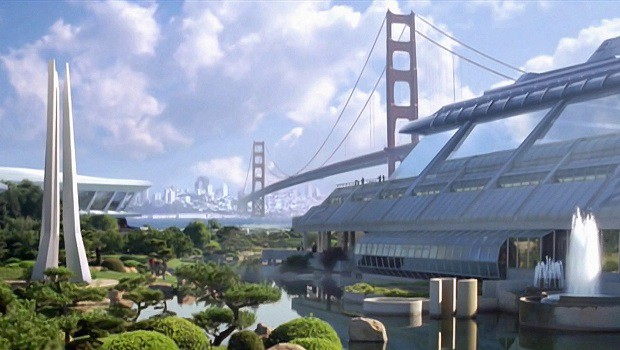 However, the truth is that I don’t know, not for San Francisco, or for the world. I can point at many different factors, which in themselves are only part of the answer. I can point to Cost Disease, the mysterious ailment driving up the cost of infrastructure, health care, and education in the developing world. I can point to an incompetent city and state government. I can point to budget mismanagement and a history of state financial difficulty despite vast wealth and resources.

However, at the end of the day, I may be looking at fire and saying, “that’s caused by phlogiston”, which is a fake explanation. Despite waving my hands at Cost Disease, incompetent bureaucracies, missing leadership and financial mishaps, I have not explained why San Francisco’s streets are trending towards Detroit instead of Singapore. Why aren’t the people of San Francisco electing competent leaders that will build more housing, help out homeless people, and create a safer city? Are there no good candidates or is the public just uninformed?

Like San Francisco, it’s easy to point at proximate causes, factors which keep people in poverty and corrupt leaders in power. And if we look deeper, we’ll surely find commons problems, bad incentives, and moloch everywhere. The military industrial complexes, the blackmailing Epsteins, the Enrons and shitcoin pyramid schemes, all will have a part to play in our explanation.

Even once we’ve arrived at some of the deeper dynamics, will we still be playing at phlogiston? Will we be able to make predictions? Will we be able to fix our aging infrastructure and our incompetent city governments? Will they give us a roadmap for building better institutions instead of just pointing at failing ones?

Like living organisms, institutions — be they governments or corporations or labor unions — senesce. Unless revitalized, they grow more dysfunctional over time. They will fall pray to bureaucratic bloat, captured policies, short term incentives, principal-agent problems. This is the default, for San Francisco and the world.

We haven’t solved this problem, not in theory and definitely not in practice. We do not know how to design institutions that self-correct, that take damage and then heal. There is no guide for copying Singapore, Hong Kong, or Tokyo’s success. Some institutions last longer than others. As my friend Samo Burja points out, functional institutions are the exception. Sometimes they do quite well for a while, but they all fail eventually. This isn’t always a problem. Sometime it’s better to let something die and then build something new.

But we only have one San Francisco, and we only have one world. I have a great deal of fondness for both, and I’d like to see the Star Trek version instead of the Bladerunner version. Both the world and San Francisco are wealthier and more technologically advanced than ever before. If we humans want to utilize these vast resources to build something that will last into the future, then we have to confront our fundamental ignorance about these messy matters of institutions and governance. We must confront what we don’t know, and earnestly set about finding out how these systems work, both in principle and in practice. We must run experiments, try different models, and theoretically and empirically grok how to build robust institutions.

I don’t know what “the problem with San Francisco” is. I do know that the answer will be too complex to fit nicely into a Medium piece. Some will argue that the problems will prove intractable; that human groups and institutions aren’t capable of long term planning or sustained coordination. I don’t think this is true, but it certainly would be premature to give up without exploring the solution space. From an evolutionary perspective, our vast systems of governance and coordination are practically brand new. We’re still in the experimentation stage of what a society can be, and I suspect there is a lot left to be discovered.