Dear friends I have a confession to make.

A few months ago I made a post extolling the virtues of a type of electric transport vehicle known as a Onewheel. I was using it to get to work, wheeling to the Bart station, taking it on the Bart, and then wheeling to my office in SF.

Recently, I have made the realization that my standard push scooter (not electric) is better in basically every way, except perhaps in perceived coolness, though I notice my internal coolness tracker has started to move in favor of my scooter. 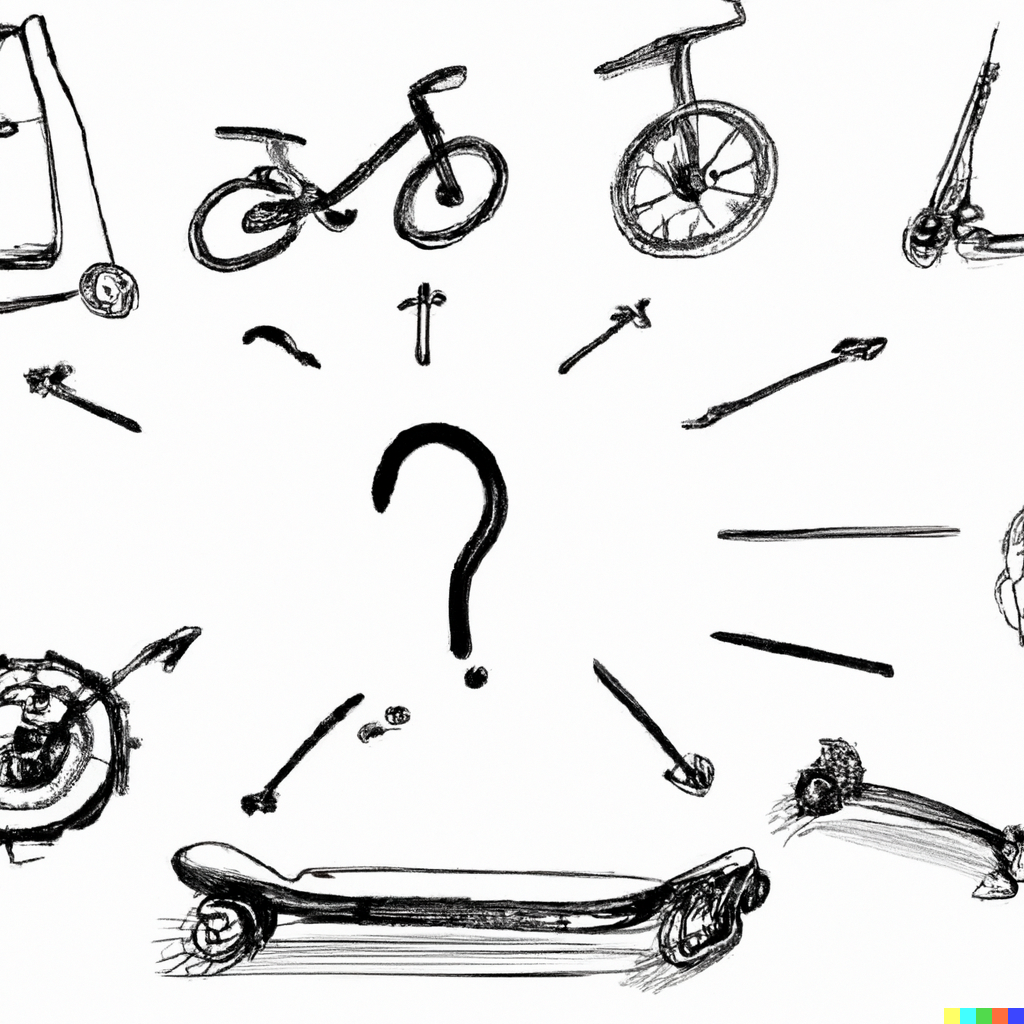 You see, dear friends, I had rightly deduced that the Onewheel has superior properties compared to the bike and the electric scooter, when used as a last mile transport vehicle. It’s easier to carry onto the Bart. It can fit in an Uber or Lyft, it’s more fun to ride.

The problem, however, is that the push scooter is even lighter and more portable than a Onewheel. It’s easier to ride in the Bart station, making it faster overall for my commute. It’s better exercise, and actually more fun to ride, jumping off curbs, doing little tricks, cruising down hills… I also fall off it less. In short, I now use my scooter almost every day and my Onewheel only once every week or two.

There is something vaguely cyberpunk about the Onewheel, and its cousin the electric unicycle. It feels like you control it just by thinking about the direction you want to go. That is good and beautiful. But at the end of the day, you’re really just standing in place as the world moves around you, and that is only so fun, especially on boring terrain like streets and sidewalks. With a scooter, you’re more in touch with the substrate beneath you. Your foot makes contact with the world to propel you further into it. You breathe harder as you pick up speed, dodging pedestrians, leaping off little drops, going places.

This is not the end of the Onewheel chapter. There will always be a place in my heart for electric hands-free, mind-directed vehicles. Sometimes you’re going way up hill and a scooter would get you there at a snail’s pace, your sweat clinging to you like a snail’s slime. Sometimes you don’t want to leave the house, and thought of struggling through the streets only propelled by your own power is not enough to get you out the door, and the sweet electric motor of the Wheel is enough to make the difference.

At the end of the day, these powerful tools are made for us, not us for them. We are drowning in an ocean of exquisitely engineered wheeled transport options, and sometimes it’s good to come up for air and take stock of your inventory, and think about where you stand. I stand with my scooter, but also my Onewheel, and my rollerblades, and my quad skates, and my skateboard and pennyboard and honestly basically any wheeled vehicle you throw at my feet. So I’ll see you out there, cruising on the street or sidewalk, and I’ll tip my helmet to you regardless of what wheels are on your feet.